SoftPOS iOS, Does it Mark Beginning of a New Era

SoftPOS technology has growth fairly slow since its initial launch . One of the biggest challenges to the widespread adoption of software point of sale (SoftPOS), was that up until now, it was not supported by iOS operating systems. However, Apple’s recent announcement on SoftPOS iOS will potentially be a major milestone for the market growth.

So far, companies who wanted to invest to SoftPOS was concerned about lack of support in iOS. Apple didn’t allow to use NFC interface of the mobile phone to third party developers, which was a major obstacle to develop the SoftPOS iOS. However, with the latest announcement, any company who wants to develop a solution on iOS can do it using Apple’s SoftPOS SDK.

The main question here is whether Apple will dominate the market, or will this facilitate new entrants to develop SoftPOS technology covering both Apple and Android platforms.

Based on Apple’s announcement https://www.apple.com/newsroom/2022/02/apple-unveils-contactless-payments-via-tap-to-pay-on-iphone/, it is obvious that Apple doesn’t give access to NFC interface of iPhone yet, however it gives access to Apple’s SDK to develop a SoftPOS solution. The announcement says that Stripe and Shopify will be the first POS platforms developing SoftPOS iOS, which will be potentially followed by other POS platforms.

Android is still the dominant platform in the global market and even in the U.S. Developing a SoftPOS iOS only will not be enough to address market need. Many merchants, especially the small businesses being the main target market for SoftPOS, do not use iPhone but cheaper mobile phones. That is why the technology will be driven by both iOS and Android.

The announcement of Apple will help POS vendors hesitant to invest due to restriction in iOS, to speed up to bring a solution in the market. These vendors will want to address both iOS and Android platforms. This will get us to the point where there are more POS platforms and developers for SoftPOS iOS and SoftPOS Android.

Apple’s announcement doesn’t give any detail whether SoftPOS iOS is cloud-based. However, it is obvious that cloud technology brings a lot of value-adds. Having EMV kernel, acquirer keys, EMV parameters on the cloud reduces the cost of management of all these business logics on the device. This will help POS platforms to have more reliable and frequent releases, easily change EMV parameters, fix the transaction issues and monitor transactions real-time thanks to cloud technology.

Some people may think that Apple’s move will slow down the mPOS market. However, it depends on certain factors. SoftPOS technology works only with EMV contactless cards, excluding EMV contact and magnetic stripe. However, there are still EMV contact only cards out in the market. There are also magnetic stripe only cards, even it is small percentage.

The main challenge with mPOS today is the cost of the device. Even it is cheaper than traditional POS devices, it is still expensive. Apple’s move on SoftPOS iOS will drive mPOS vendors to have more cost-effective devices to key them to be competitive. mPOS vendors need to consider how to reduce the cost of mPOS devices. Cloud technology will help drastically reducing the cost of the device. Today, main cost items on mPOS devices are EMV L2 certification and acquirer key operations apart from the hardware itself. Getting all L2 kernel and keys to the cloud will eliminate these cost items on mPOS devices.

If mPOS vendors can achieve reducing the cost, mPOS may still continue to exist in the market along with SoftPOS solutions. Many merchants may still want to use mPOS device rather than SoftPOS, due to different use cases. One of these use cases is some merchants need a fixed device on the desk to allow clients easily know the location of POS terminal to perform transactions.

Apple’s SoftPOS iOS will help SoftPOS market to grow faster both on iOS and Android platforms. The technology offers amazing opportunities for small merchants and will make the POS business grow further. Although countertop POS terminals will continue to exist, many small merchants will prefer SoftPOS solutions being more cost-effective and mobile. With the help of cloud kernel, POS business will be much more affordable and user friendly. See more information about Fairbit cloud kernel in this link : https://fairbit.com/emv-kernel-on-the-cloud/

Extended TVR helps you to find out transaction issues in a short time for your POS terminals. POS systems are getting more complicated each day. 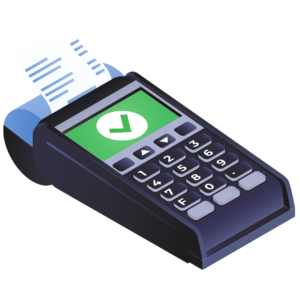 EMV Level 3 Certification, a Pain Point for POS Vendors and Acquirers EMV Level 3 certification is a mandatory requirement for any payment acceptance device.

Maintains all EMV parameters on the cloud

Able to reach all EMV data

There is a new form of Mobile POS System